Technically Tuesday, it’s half past 12, but who’s watching?

Oh my god I just remembered, I HAVE TO go prepare my overnight choco peanut butter oatmeal so that I can breakfast tomorrow before I start power yoga, build a capsule wardrobe, convert my kitchen into a forest, stay hydrated in the process, clear my skin & just live life the way cool kids(who are 25) do.

Unemployment: I became unemployed on the first day of 2016, and I figured I would use the break to figure what the hell I wanted to do exactly and focus on prepping for an exam I was due to take in June.

Exams: I cleared the exam I worked hard on for the first five months of 2016 – and with very good results might I add – and also got some tuition money back in the process which for my soon-to-be broke self was a big deal. Extra saving/spending money? I’ll take it, thank you very much.

Gym & working out: I started going to the gym for the first time in my life and it was perfect until the only ladies’ gym in my area decided to close down. I’m naturally slim so my goal wasn’t weight but strength and although some days I loathed it, I became aware of the changes working out regularly did to my state of mind and body.

Hair experimentation: I got my hair colored for the first time in my life earlier this year and I liked it but I’m not sure if I’ll keep doing it. Probably not. Last month I chopped off hair I had been growing religiously for the past two years and finally felt like myself in a long time.

Volunteering: I volunteered at a training center for children with special needs for a couple of days and I was humbled by how the kids there, despite their challenges, are so ready to take on life. Definitely want to do more next year.

Weddings: Sure, I’ve attended weddings where the brides have been younger than me, but this time the wedding was of a very close younger cousin of mine, so it was definitely weird with a pinch of melancholia and a whole lot of fun.

Awkward meetings: Speaking of weddings, I had my first ever (and last) ‘boy’s parents meet girl’ meeting and it was the most awkward thing I had to do this year and needless to say, a disaster.

Books & reading: I read about 30 books in the second half of 2016. I don’t think I read any in the first half and being unemployed was a boon in a way because I had never before gotten so much time to just read and reflect.

Dancing: Learnt some choreo, had some fun.

Skateboarding: I’ve wanted to learn to skate for a while now and this year I finally got myself a skateboard and found out that I love skating on it. Tricks next year? Who knows, the future is wild.

Blogging again: Much less frequently than I would like to, but something is always better than nothing.

Studying again: I started studying again for my next level of exams. Good thing I actually like absorbing information into my brain because there is quite a bit to take in.

New job: I got a job in a company I’ve always had a lot of respect for and although the position is temporary, I’m looking forward to learning new things and meeting new people.

Ermm..that’s all I can think of, for now.

For me personally, 2016 was a year of self-doubt, self inflicted misery  and settling for less and the world around me hasn’t done all that well either. I’m creating a vision board to get my shit together in 2017 and I hope the world around me does as well.

An actual conversation witnessed by my sister when she was in the Dubai Metro on her way to work. As is usual during the time, the metro was quite packed and a woman who was sitting in one of the seats looked at the woman standing next to her and offered her, her seat.

Lady 2, quite charmed, thanks her and proceeds to sit down.

Lady 2: “Are you getting down at the next station?”

Lady 1 tells her she’s getting off at the 5th or the 6th station from there.

Lady 2: “Oh, I thought you would be getting off soon. You needn’t have offered me your seat!”

Lady 1: “Come on now, how can I sit while you’re standing up. How far along are you?”

Lady 1: “…Your pregnancy of course. I gathered so from your belly.”

Now if I were Lady 1, now is the moment I would have mumbled a sincere apology – “..sorry I thought your fat was your baby..?” and waited for the train floor to open up and the metro rails to swallow me up whole but no, Lady 1 keeps talking.

Lady 1: “Oh, but your tummy..it was looking quite big and pregnant-y, so I assumed you know, hehe, that umm.. you were carrying.”

Talk about a derailed conversation.

OK, I’ll stop before I get way off track here. Trains of thought, anybody?

Happy (and not awkward, I hope) Monday!

I hate taking photographs. Like legit, if someone put a gun to my head and asked me to smile for the camera and told me he would let me go if I smiled nicely, search for me with a gunshot wound in a dump somewhere.

I guess that’s not funny.

I wouldn’t say anti-photogenicism (yeah, that’s a word – look it up) runs in the family because my elder sister photographs like a dream. My brother on the other hand – you know those kids who smiled for the camera and then when you looked at the photos, they looked like they were in intense pain? – yeah, he was/(is?) one of those kids.

And don’t even get me started on my brace face years. Today when I look back at my final-year school pictures, I can feel the pain oozing out of the photos by the sheer effort it took me to smile trying to show as little metal as physically possible without ending up looking like someone punched me in the balls (I don’t have any.. not because someone punched it into oblivion.. but because I am a woman) right before taking the photograph.

I studied in a weird school where we didn’t have yearly class photographs taken. And for that, I’m forever grateful.

Now imagine this person (as in..me) being asked to have a good picture taken to be sent for suitable-match “hunting”? Like Tinder, but instead of an app, you have middle aged uncles/aunties sending around your photos and sending you photos of ‘nice boys’ back. And if you’re interested, more details follow. And instead of hooking up, the swiping right results in marriage. No big deal.

Excuse me while I go off screaming into the sunset. Alone.

So Donald J. Trump will be the 45th President of the United States of America.

No, not a political post, there’s been way too much of all that already, both on my WordPress feed and outside of it. I just wanted to say that, if this presidential election has taught me anything, it is that YOU CAN BE ANYTHING YOU WANT TO BE! Sorry I’m shouting, it’s the Trump effect. Wow, I just realized, many years from now, children are going to be reading about THIS in their history books, about how an orange became the President of the US of A, this whole phenomenon might even have a name – The Trump effect? THE TRUMP EVENT.

“Yes kids, way back in 2016, the USA thought it would be a good idea to elect a racist, misogynist, violent, fear mongering man who couldn’t even be trusted with his Twitter (remember we covered Twitter, Facebook and applications known as social media in our previous chapter?) as Commander-in-Chief.”

Remember how the teacher used to tell that one kid in class, “Of course you can be the future president of the country, Jimmy, you just gotta believe.” IT’S TRUE!

Job hunting and you feel you don’t have enough experience to apply for a particular job? Apply anyway!

Lost for words during an interview? Make up your own! “Bigly”? “braggadocios”? “yuuuge”?- the possibilities are endless.

“Okay Miss/Mr Job Candidate, why should we hire you?”

“I’m going to make this company great again, okay? I’m going to do hyuge things, tremendous things, we have a problem with this company and I AM going to fix it. I’ve had so many people tell me I’m doing a great job, I’m doing a fantastic job. I will the greatest employee that God ever created, I can tell you.”

If Trump has taught us anything, it’s that your employers will probably be stupid enough to hire you anyway. Doesn’t matter how uninformed, uneducated or plain ignorant you make yourself out to be (or pretend to, at least – quoting Andy Borowitz : Say what you will about Trump, he is not stupid. He is a smart man with a deep understanding of what stupid people want).

Good luck America, may you be great again.

IMAGE OF THE DAY Blogs I Think are Awesome 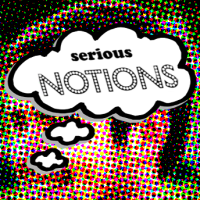 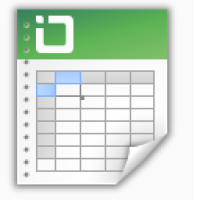 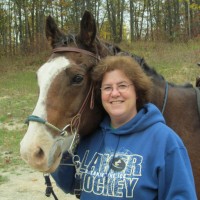 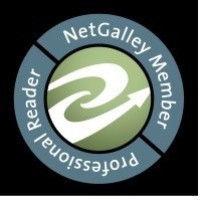 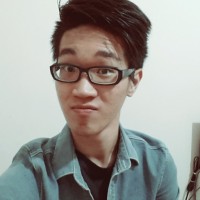 Twenty three year old accountant trying to be funny.
Hit 'Follow' if you think it's working!

and this is my face if you were wondering

well, anarchy is the order.

You'd want to have a word with yourself

I hope to be hysterically hilarious. But maybe I'm just hysterical.

My heart is overflowing with good news. I will direct my song to the king. My tongue is a pen for a skillful writer. - Psalms 45:1

Where inspiration and creativity meet

Jim Flanigan Looks at the World

Turning the Mundane into Fundane Since 2015

Information about all the exotic and amazing travel destinations in India.

Incoherent rationale from a perspicacious mind

making sense of the news one week at a time

The labyrinth where night is blind.